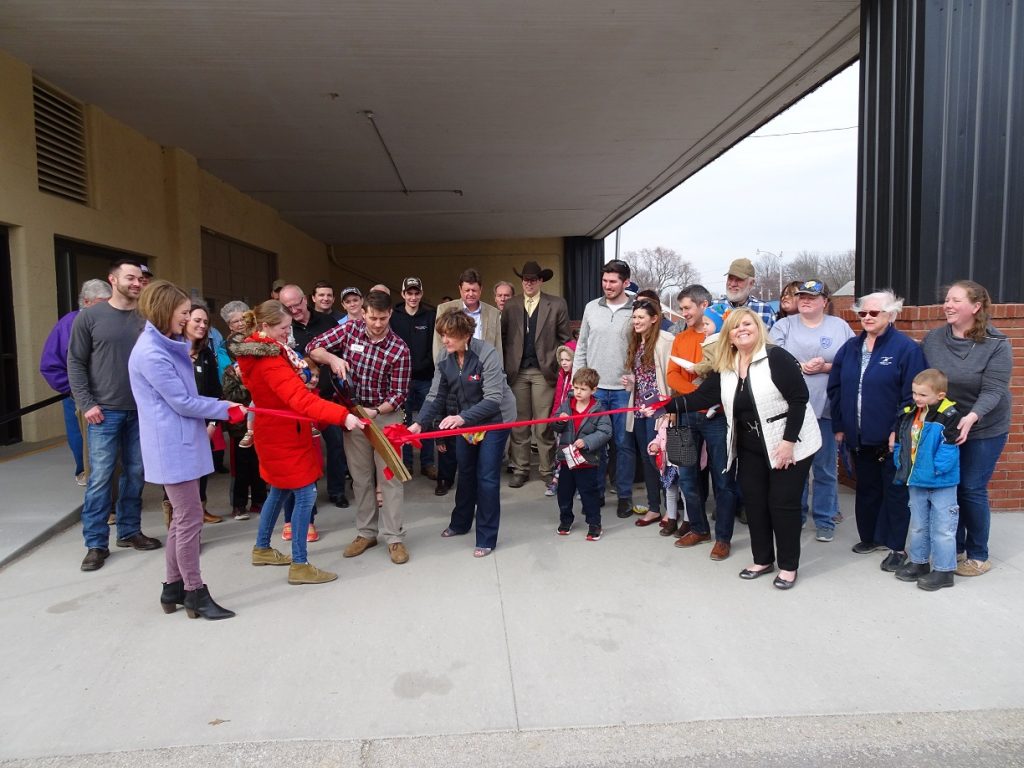 Nearly 50 family members, friends and local residents attended the grand opening despite the windy weather. Those in attendance toured the renovated pharmacy and were treated to a peanut butter, jelly and milk bar underneath the building’s covered storefront.

The independent pharmacy, owned and operated by Doug Hynek, opened a few months earlier and is located on the corner of Walnut and Main streets. D.C. Drug serves residents in a 30-mile radius and offers free delivery, free prescription transfers and first-class service to all of their customers. Doniphan County has not had a local pharmacy since 2001.

D.C. Drug has a wide assortment of everyday over the counter medicines and products and also fills prescriptions. Stop in and consult with Doug about insurance or prescription needs and product recommendations.

(Picture) Pharmacist Doug Hynek (with giant scissors) and his wife, Mary T. Hynek (second from left with ribbon), cut the ribbon at the Grand Opening for the Hyneks’ pharmacy, D.C. Drug.  A large group of family, friends, area dignitaries, and supporters attended the event, which was held in Troy on Friday afternoon, March 23.  The celebration featured a peanut butter and jelly bar for refreshments. (Picture and caption originally published in The Kansas Chief. Photo credit: Mary Winder.)