Home » Solar Eclipse in the Heartland

Solar Eclipse in the Heartland 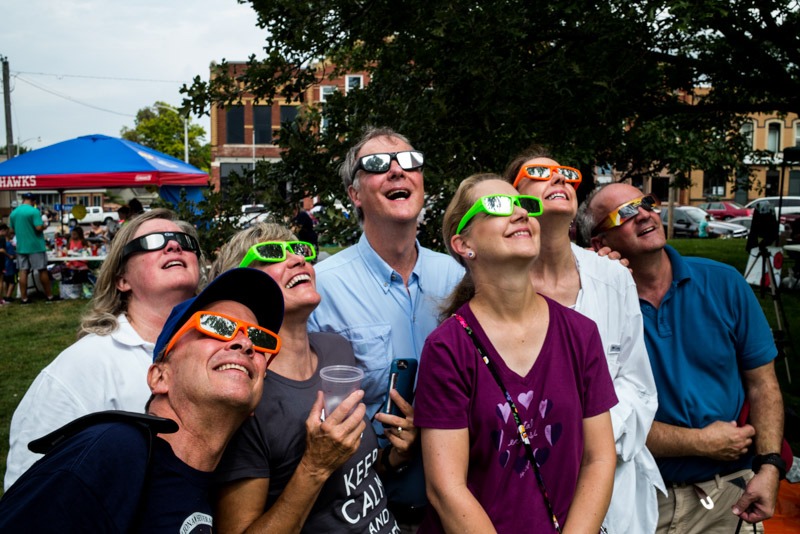 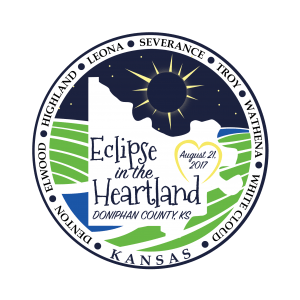 Luckily, the center path of totality went directly through the middle of Doniphan County, KS! The cities of Highland, Troy, Wathena and Elwood were almost precisely on the center path and the entire county could easily view, minus some intermittent cloudy weather, the entire total solar eclipse that day.

The partial eclipse started at 11:40 a.m. throughout the entire Doniphan County area with totality beginning at approximately 1:05 p.m. and lasting for an entire 2 minutes and 38 seconds, the longest availability to view the eclipse anywhere! After that, it went back to being a partial eclipse again and ended around 2:35 p.m. Although viewers anxiously waited during the cloudy weather, Doniphan County had several hundreds of people gather in Troy for the event. Thankfully the clouds did part and all were amazed by the show of the eclipse!

Everyone in Troy, KS was amazed by the calm darkness of Totality!
Viewers in Troy, KS witnessed totality.
The clouds parted just in time to view the last slivers of light during the partial Eclipse before totality.
Everyone waited in anticipation to see the partial eclipse as the clouds were in and out all day.
The Eclipse was very educational for nearby schools who traveled to Troy, KS for a field trip experience.
Children enjoyed frog races, a water balloon toss and face painting art at the Eclipse in the Heartland event.
More than 3,000 people traveled to Troy, KS to view the Eclipse.
The SLK group sold Eclipse and Troy items to commemorate the event.
Amidst the rain, Troy, KS had more than 20 food and craft vendors.
Lisa Scholz performed at the Eclipse in the Heartland event.
People traveled from all over the country and world to see totality in Troy, KS
People set up as early as 7 am the morning of the Eclipse.
High Strung Band performed at the Eclipse in the Heartland event in Troy, KS.
PrevPreviousKindred Biosciences, Inc. to set up shop in Doniphan County, Kansas
NextNew Pharmacy in TroyNext