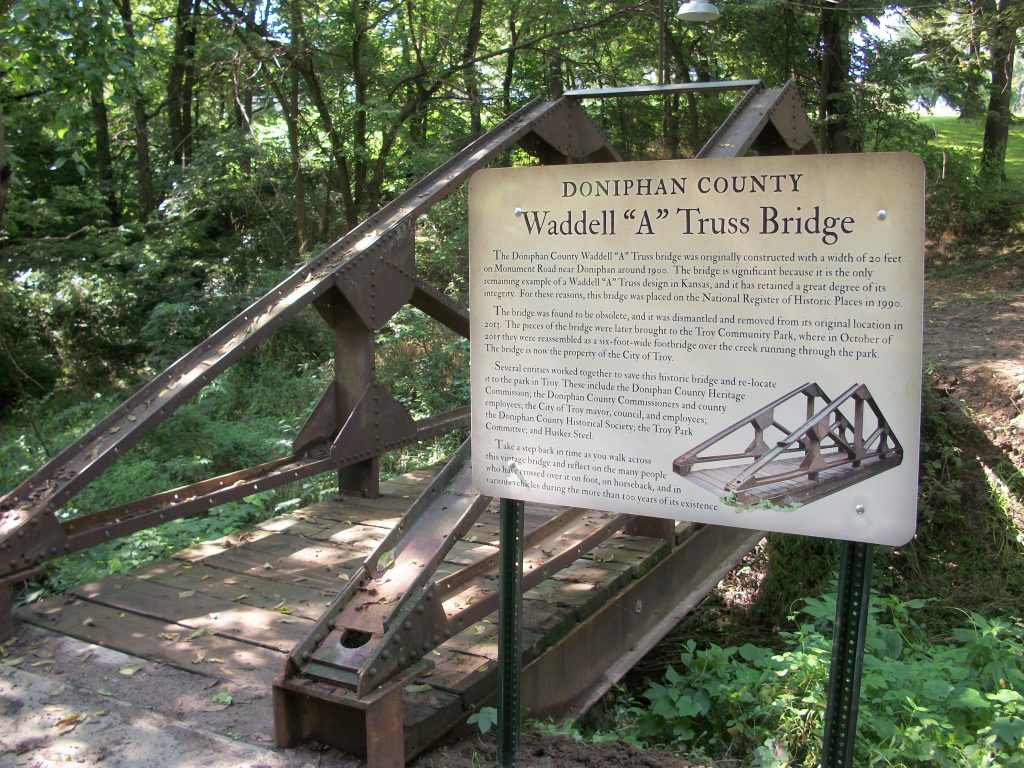 Recently, the City of Troy acquired the Doniphan County Waddell “A” Truss Bridge to be placed in the Troy community park.

According to the sign accompanying the bridge at the Troy Community Park that was recently erected by employees of Thomas Outdoor Advertising from Manhattan, KS:

“The bridge was originally constructed with a width of 20 feet on Monument Road near Doniphan around 1900. The bridge is significant because it is the only remaining example of a Waddell ‘A’ Truss design in Kansas, and it has retained a great degree of its integrity. For these reasons, this bridge was placed on the National Register of Historic Places in 1990. The bridge was found to be obsolete, and it was dismantled and removed from its original location in 2013. The pieces of the bridge were later brought to the Troy Community Park, where in October of 2015 they were resembled as a six-foot wide footbridge over the creek running through the park. The bridge is not the property of the City of Troy.

PrevPreviousRural living in Doniphan County: what you need to know
NextDoniphan County Veterans to be Honored by Memorial at the County CourthouseNext