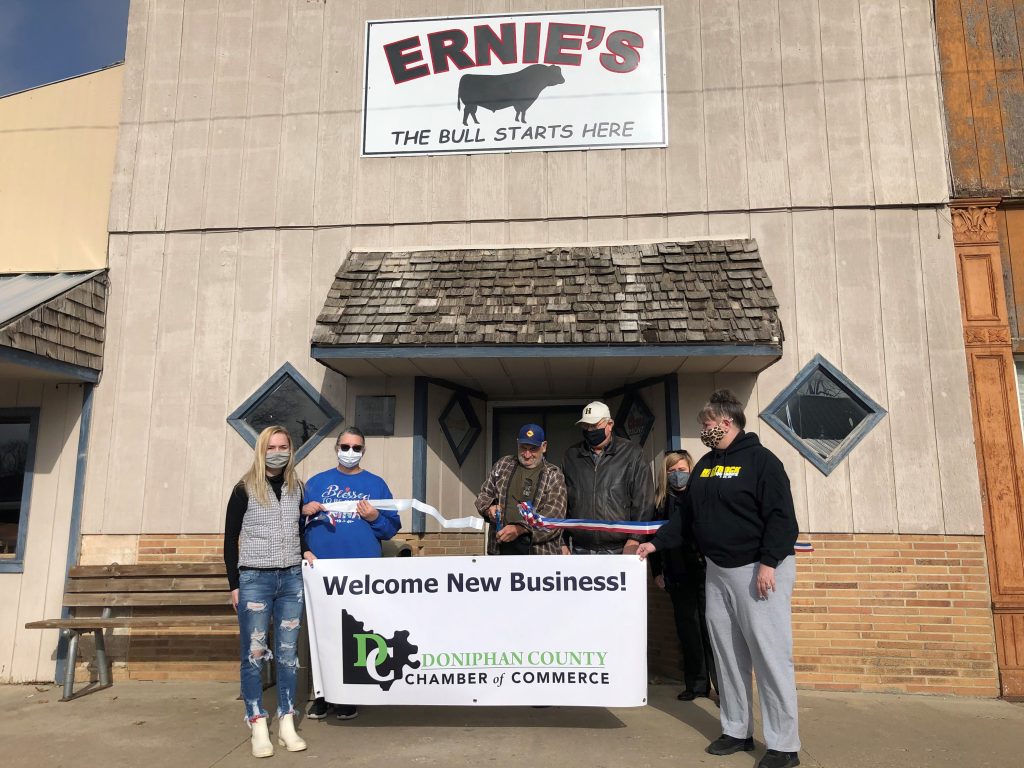 Ernie’s, a longtime Highland establishment, has recently reopened with new owners Harry and Arlene Smith of Troy at the helm. The Smiths reopened the bar and grill the first week in December of 2020, and the Doniphan County Chamber of Commerce held a ribbon-cutting there on Jan. 8, 2021. The business is located at 408 W. Main in Highland.

According to Harry, they bought Ernie’s about three years ago and have completed various renovations since then such as remodeling the kitchen, remodeling another space to create a game room, and installing a new roof.

“Everything is going smooth so far,” says Harry, who has several employees including cooks and waitresses. “We’ve had good crowds. I’m happy to have it open.”

Harry describes the business as a bar and grill.

“We serve home-cooked food and beer,” says Harry, noting that food is served for breakfast, noon meal, and supper. “There are daily specials, and we do carry-outs. Pork tenderloins seem to be a favorite of people.”

Ernie’s has been in Highland for many years. Harry remembers visiting the establishment 50 or more years ago. In 2008, country singers Joey + Rory featured Ernie’s in a song they released called “Cheater, Cheater.” The song contains the line:
“Cheater, cheater where'd you meet her
Down at Ernie's bar?”

In addition to owning Ernie’s in Highland, Harry and Arlene also own The Last Chance Saloon in Troy, and Harry also does some farming on the side.